FV_Settings is from where a user sets their control units of the bot, that is, which farm to run bot on, which plugins to enable etc.

first, we get information on Bot version, settings version, IP the user is on, each individual farm when they were last run/updated – 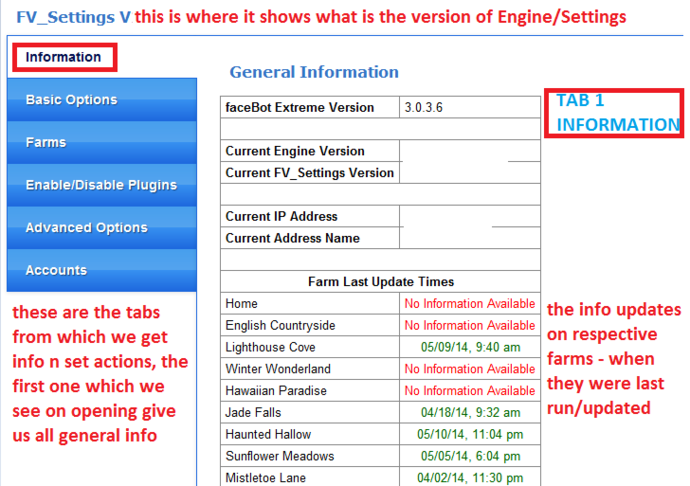 second, basic options like setting timezone, and the much awaited (optional) feature to limit number of links. for those who do not wish to avail, simply do not mark

third, farms, where we choose where to run bot, change farm for coming cycles, and set time to run on each chosen farm. any change that is made takes effect from next running cycle. the default ‘8’ in the boxes means bot will run 8 hours on a farm before changing to next, and by similar time conversion, 1 in box means will run 1 hour. given that 1 hr = 60 minutes, putting .1 will make switch after 6 minutes, so on. 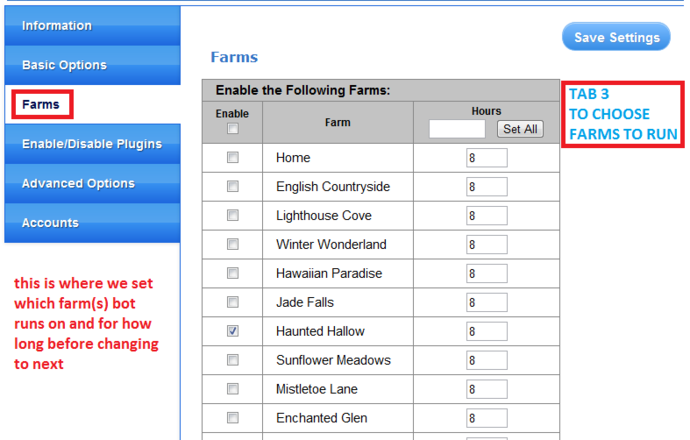 fourth, to choose which plugins run on any particular ID, or in bot. to keep them running, do not mark. if marked, they won’t run

fifth, the advanced options which we do not tamper with unless we are sure of what we are doing. it controls features like turning secure browsing on or off, enabling/disabling safety pause etc. also, the PROXY for those who use on net is set here 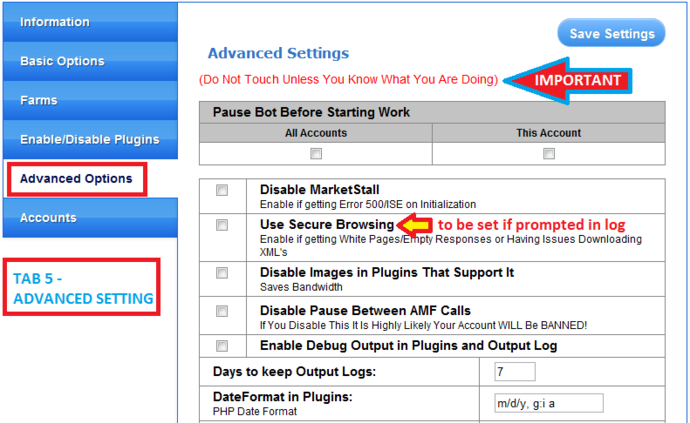 sixth, the accounts we are running on bot – we can set their order very flexibly – just drag them and drop them up or down the order. also, to remove we just click the remove icon on right and get the pop-up for removal. 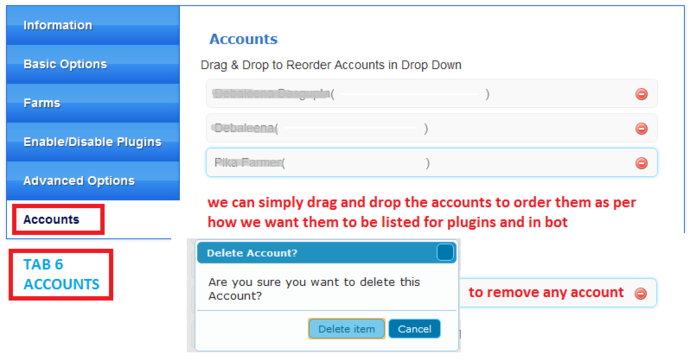